A focus on how multifamily positively impacts community featuring Maitland Station, located in north Orlando on the border of Maitland and Winter Park, Florida—

Maitland Station is proudly developed on land with a rich history and local significance; spanning 77 years, Parker Lumber is the longest-standing family-run business in the city according to the Art & History Museums group of Maitland. Larry Parker and 4 generations of his family ran the lumber yard at this site for almost eight decades until they accepted an offer from the Florida Department of Transportation, looking to make room for the now standing SunRail station and parking lot. Parker Lumber evolved over time, as needed, from a saw mill to a higher-end lumber business appealing to those who preferred a local touch.

Maitland Station honors the historical significance of the Parker Lumber Yard and Parker family by reusing materials left at the site throughout the property. The steel and wood used to construct the entertainment pavilion as well as one of the monument signs is the most significant salvage examples on site. The reclaimed steel supports of the pavilion are to be left unfinished and unaltered from its original form. Each steel support is almost 20ft high and spans a total of 56ft. The roof structure, decking and underside, consists of reclaimed Parker Lumber wood, while the metal framing is also reclaimed material.

Developing Maitland Station not only brings new life to an existing site that had been stagnant for several years, but also contributes to the overall Maitland Downtown Master Plan outlined by the City of Maitland as a strategy for unification and revitalization. The building creates a presentable frontage along Orlando Ave. that was once lacking following the closure of Parker Lumber.

The project is located within the Downtown Maitland Zoning District, one of the 3 major areas of focus for the City’s redevelopment project. The modern multi-family project sits directly adjacent to the Maitland SunRail stop further supporting the regions expansion of mass transit as well as a downtown, urban lifestyle, while still offering a friendly suburban feel. A prime location, Maitland Station links Residents to opportunity via SunRail and creates a connected community between the Maitland and Winter Park areas.

As a transit-oriented development, Maitland Station creates a walkable space attracting people while nurturing a vibrant, connected community. Residents have the convenience of walking to the SunRail station, providing access all along the I-4 corridor without having to touch I-4. This allows for easy commutes without adding to traffic congestion. The combination of convenient access to transit and density around transit encourages SunRail ridership as well as fosters economic development.

Maitland Station brings hundreds of temporary Construction jobs for a multitude of vendors, professional jobs with the property management team as well as new resident life to a community undergoing an evolution. This influx of residents brings a whole new resource of dollars to be spent amongst local eateries, shops, boutiques, bars, entertainment venues as well as art, history and cultural centers.

Maitland Station is currently developing partnerships with Florida Hospital’s University to allow a new housing option for their students. In addition, the project is cementing themselves in the community as a sponsor of Dommerich Elementary’ s annual spring fundraiser. 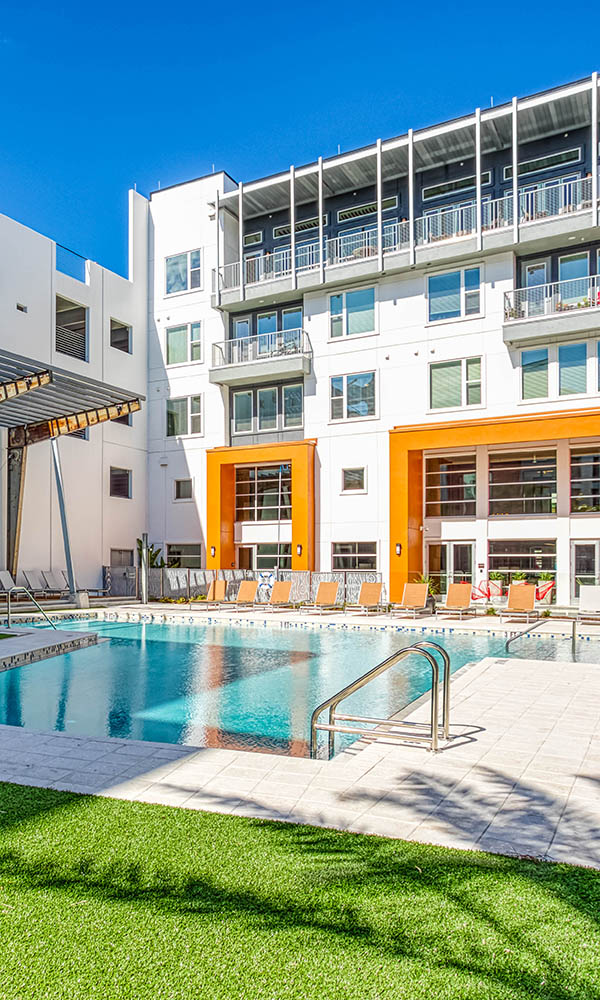